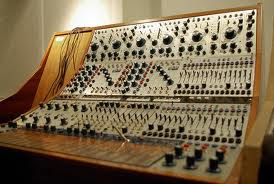 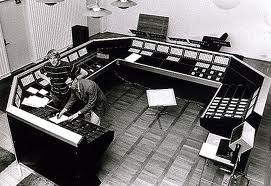 The early history of Elektronmusikstudion

Short film from the times when EMS was situated on Kungsgatan 8 in Stockholm, 1974. It is one of the rare photographic documents available from that time.

EMS is and was an institution with studios for producing electronic music and sound art. The first embryo to the larger studio at the radio was a smaller studio in the workers’ society of education, which is an organization that shares its ideology with the social democratic party. This studio was set up in 1960. Courses were organized by the Norwegian composer and chairman of the society of contemporary music Fylkingen Knut Wiggen, who brought in teachers from abroad, such as Gottfried Michael Koenig, Iannis Xenakis and Henri Pousseur.